Which Presidents Have Visited the Black Hills: A History

If experiencing and living through American history is your jazz, you’ll love the Black Hills region of South Dakota. From playing its own unique role in our nation’s history with the Black Hills Goldrush of the 1800s to the development of our nation’s premier homage to our fearless leaders with the carving of Mount Rushmore National Memorial in the 1900s and opening of the National Presidential Wax Museum in 1971, there’s history around every corner. Whether you’re 8 or 92, there are so many things to do in the Black Hills, let alone even more things to do in South Dakota. When you're planning a trip to South Dakota, make sure to come see us in the Black Hills.

In 1911, President William Howard Taft made history as the first President to visit the Black Hills. Spending time caravanning around the area to places like Edgemont, Custer, and Deadwood, President Taft’s three-day stint in the area made waves for including visits to iconic local landmarks including the Homestake Mine in Lead, Franklin Hotel in Deadwood, and Fort Meade in Sturgis. Perhaps the most unique mark Taft left on the area isn’t involved with the people he met, but what he left behind. Known for his lavish particularity when it came to bathing options, Taft had one of his favorite bathtubs sent out to the Hills ahead of his visit. Taft was quite the burly guy, so we can't blame for wanting to be comfortable wherever he went. You can still see this bathtub on display today at the Keystone Historical Museum! (Yes, he really did love bathtubs that much) While Taft's visit was historic, the Black Hills wouldn’t see another President visit again for another 16 years after his departure!

Arguably the most iconic President to visit the Black Hills given his time spent here, President Calvin Coolidge set up shop in Custer State Park in 1927, turning the Black Hills into his Summer White House. While here, Coolidge spent time fishing, exploring, and getting to know the people of Western South Dakota. You can still see the lasting impact he has left on the hills when you visit the State Game Lodge in Custer State Park. If you want to learn more about President Coolidge’s time in the Hills, we encourage you to check out our blog article on the matter. 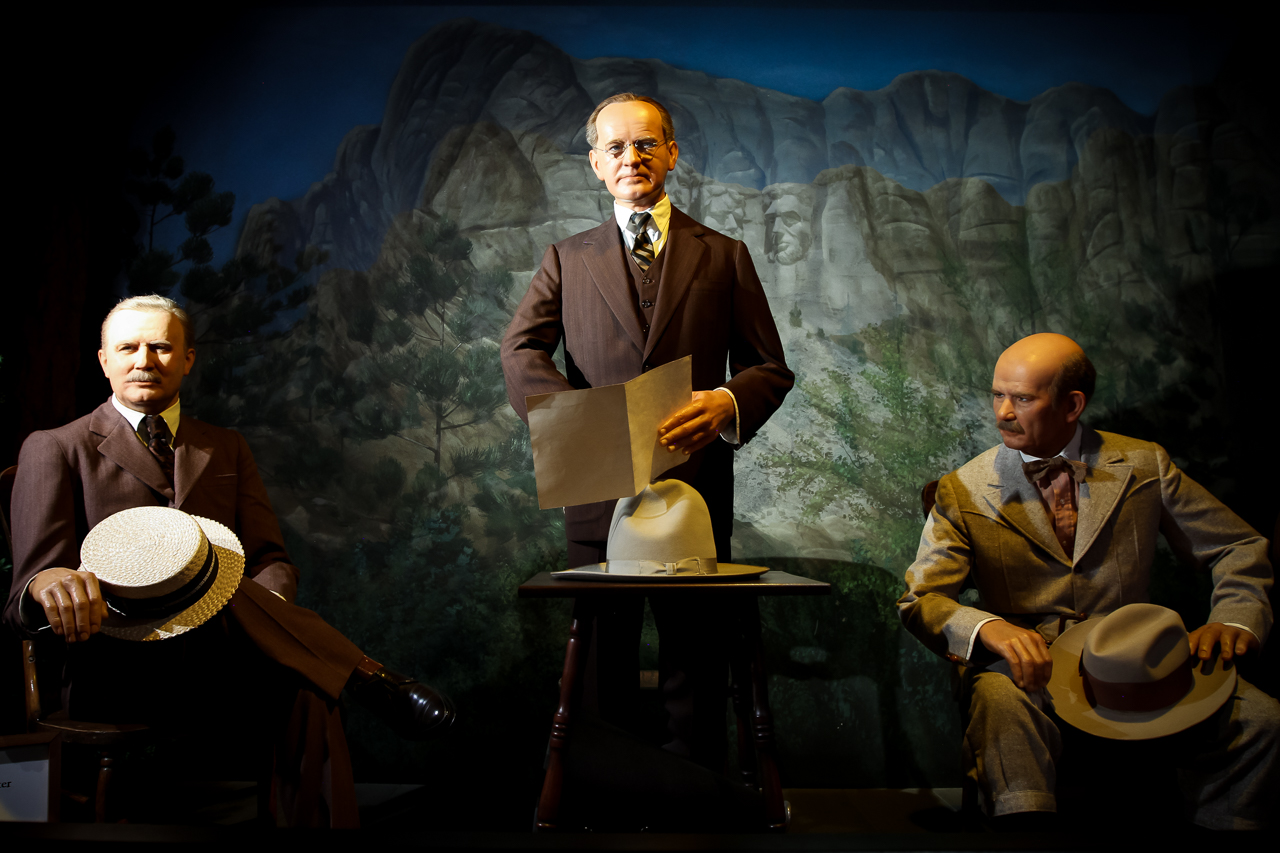 In 1936, the iconic Franklin D. Roosevelt found his way to the Black Hills after a tour of drought damage throughout Eastern South Dakota. While in the area, FDR spent time visiting Mount Rushmore, attending church, and staying at the historic Alex Johnson Hotel in Rapid City. While Mount Rushmore was not yet finished, carver Gutzon Borglum found time to meet with the President and show off the fruits of his team’s labor in carving what would become our state’s largest draw, which is conveniently only two miles up the road from the National Presidential Wax Museum, here in Keystone!

Some 17 years after FDR’s visit to the Black Hills, Presidential history was made again with the visit of President Dwight D. Eisenhower in 1953. Spending time in Custer State Park and at the dedication ceremony of Ellsworth Airforce Base, President Eisenhower was well received in the Hills. He even found time to speak at Mount Rushmore, making him the first President to ever speak at the monument following its completion!

Marking likely the shortest stint for a President in the Black Hills, President Gerald Ford found himself in the Black Hills region for a couple of hours in 1976 following a refueling stop on a family vacation. Speaking at Ellsworth Airforce Base and a nearby middle school, President Ford was in the area for a mere two hours.

Continuing with the trend of short Presidential visits to the Black Hills, President Ronald Reagan visited Rapid City in 1986! During his brief time in the area, Reagan spoke to a large crowd at the Rushmore Plaza Civic Center.

Celebrating the 50-year anniversary of Mount Rushmore National Memorial in 1991, President George H.W. Bush played a significant role in the formal dedication of the monument! In an article shared by the Rapid City Journal, the event was described to be a massive celebration and even attracted the likes of Hollywood celebrities – how cool is that?! While in the area with his wife Barbara, President George Bush Sr. spent time hiking, fishing, and taking in the grandeur of the Black Hills.

Marking the third President in a row to visit the Black Hills, George W. Bush visited Mount Rushmore National Memorial in the summer of 2002. Here, it was said that he spoke on the unity of our nation following the tragic events of 9/11, which had occurred less than a year prior.

While President Obama didn’t necessarily visit the Black Hills during his time in office, he did spend time campaigning in Rapid City in 2008, ahead of the historic election that would allow our nation to welcome our first African-American President! While in the area campaigning, President Obama even found time to visit Mount Rushmore!

Rounding out our list of presidential visits to the Black Hills, former President Donald Trump welcomed the return of Mount Rushmore’s Fourth of July Celebration in 2020. The event drew thousands of visitors to the area and was televised across the nation and around the world.